Hit Me With Your Best Shot: American Graffiti

George Lucas has been saying he's going to leave big budget movies behind and refocus on the small ones that began his career in the 1970s. Anybody who has paid any attention knows that that is never going to happen, even if he has decided to sell his LucasFilm brand and potentially leave the Star Wars (and Indiana Jones, I guess) franchise behind him. He'll surely never truly leave it behind. I mean, he's hung on to that thing for dear life for decades and even against his better judgement has kept spinning it off into new incarnations at the drop of a hat.

Still, even if Lucas' career is one of unfulfilled promise, derailed by the unparalleled success of a genre flipped space opera, that initial promise will always be unforgettable. His 1973 nostalgic ode to the teenage dream of his early life was his second feature after the stripped down science fiction of THX 1138. He was nominated for writing and directing Oscars, winning neither. It was still a huge deal given its origin as a small-budget virtually independent production. It's hard to imagine teenagers today flocking to a film such as this, although I guess Gary Ross' Pleasantville is the closest I can think of off the top of my head.

The film, a sprawling look at a group of graduating seniors on the verge of a tumultuous world. It's one of my favourite movies. A good looking one, however, is not how I've ever particularly seen it. This series at The Film Experience, that asks readers to select their favourite shot from within a given film, proves otherwise. Furthering how much I adore this film, every time I watch it it reveals something new and rich. The visuals, as I said, have never been something I have gravitated towards, but looking at it now it seems silly to have not noticed them earlier. There are some really vivid colours and beautifully crafted images on display here. 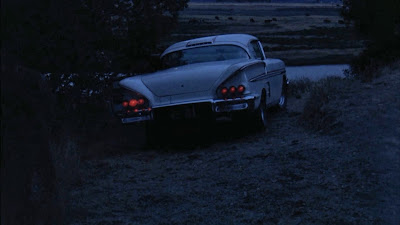 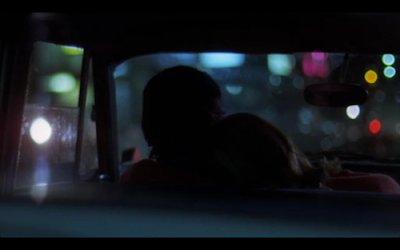 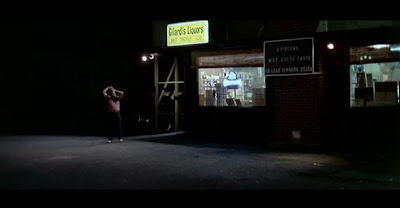 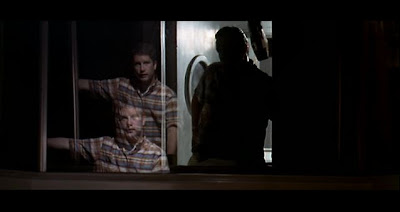 See? Absolutely gorgeous. I particularly love the film's use of shadow and tightness. So many movies are filmed in close shots these days, but here it truly serves a purpose. The shot I chose - sadly after only a skim, I didn't have time to rewatch the entire film as much as I would love to (also: my blu-ray is back home in Australia) - is this moment, which I think sums up the film really rather nicely. These people occupy a sort of limbo land where they want to be adults - smoking, drinking - but knowing full well that the passing of time means the things they take for granted will fall away.

This beautiful shot of Oscar-nominated Candy Clark, I feel, echoes those sentiments entirely. An almost mournful pose as the cool purple light of the night sky beams down - they won't have moments like this for much longer, and the melancholy nature of the lighting here adds pangs of sadness to this already thick layer of morose that lingers over the characters. It's a gorgeous shot from a gorgeous moment in a gorgeous film. Just gorgeous. Drink up!
Posted by Glenn at 1:56 AM