It's time for another one of Nathaniel Rogers' Hit Me With Your Best Shot features at The Film Experience. I generally enjoy this feature, although this week I had trouble. I don't own GW Pabst's 1927 classic ("classic" because it's good, not "classic" because it's old) Pandora's Box on DVD and didn't receive it in the mail soon enough to go through it and truly find my favourite shot. So, I cheated, and used DVD Beaver and grabbed my favourite. 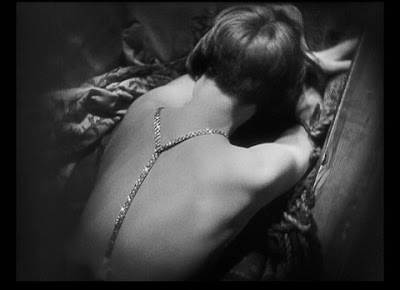 Another one of the film's Mr Rogers chose to use for "Hit Me With Your Best Shot" a few weeks back was Powell & Pressburger's nuns-in-the-mountains (the good one, not that shit one from 1965) masterpiece Black Narcissus. It was another DVD that didn't arrive in time, but when it finally did I bathed in that movie's gorgeousness like Countess Bálthory (er...) So I can now finally look at that film. 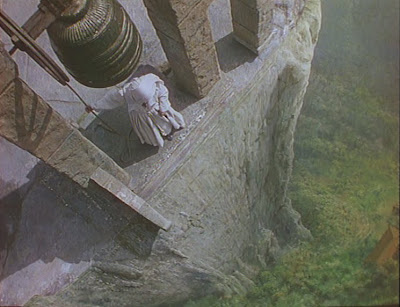 Technically, this is probably the best shot in Black Narcissus as the camera swings over the edge of the cliff that Deborah Kerr's Indian convent sits atop. Alas, it's not my favourite so let's move on. 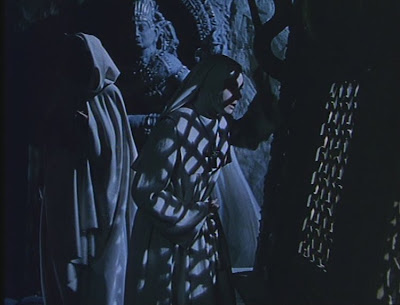 Anything with such heavy reliance on shadow is going to pique my interest - hello! - and as amazingly composed as this shot is I'm not choosing it. 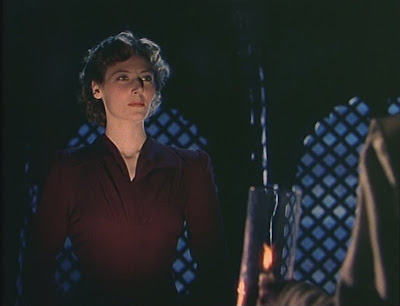 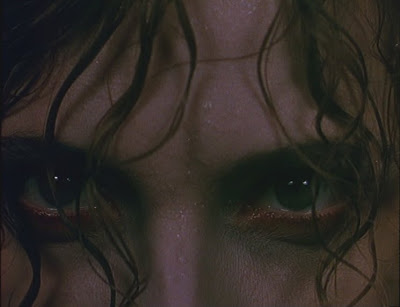 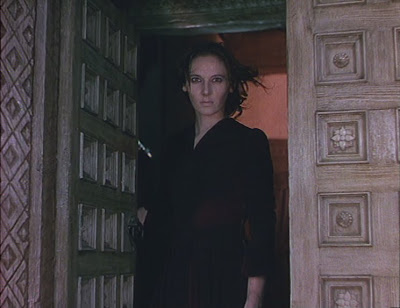 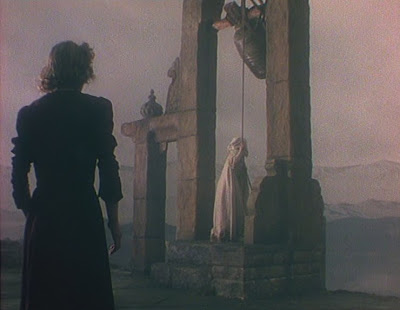 I came very close to choosing one of the many beguiling shots of Kathleen Byron towards the end of the film in which cinematographer Jack Cardiff lenses her with such striking menace and power. Whether it be the vivid colour of the dress and lipstick as we first see her out of the nun's habit or the very modern way her revenge reveal is framed. If you showed me those middle to shots up there and asked to pinpoint the decade they were from I'd be tempted to think they were from an upcoming Quentin Tarantino film! 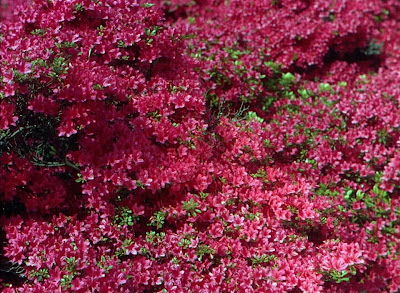 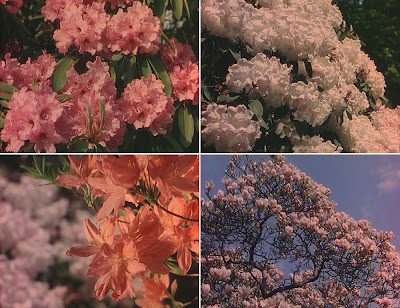 I very, very nearly went with this procession of shots that occurs about half way through the film. They are stunning in their own right, but they bring about a renewed sense of verve and colour within the film. If Black Narcissus was a beautiful film before this moment it was even more so afterwards.

However, for my favourite shot I went with this moment from within the opening minutes as the mother superior tells Kerr's young nun that she has been chosen to lead the new convent in the mountains. 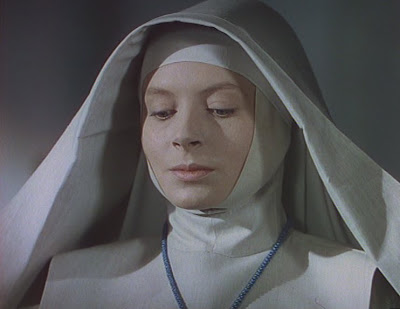 From a technical standpoint it's not the best, but from a character point of view it is the ace in the hole of Powell and Pressburger's motivations. Look as she tries so very hard to not smile at the thought of being entrusted with an entire convent. That pride that she is trying to quell within her because she knows is a sin and yet it ever so slightly emerges within the corners of her mouth. Loved this tiny little moment, don't you?
Posted by Glenn Dunks at 12:12 AM

Yay. it's never too late!
Deborah Kerr is fantastic in that movie. So strange what they nominated her for and what they didn't.

That entire "you're going to the Himalayas" scene is so interestingly stylized with all the character intros.

p.s. and Louise Brooks back is lovely.