The first thing one will surely notice about Kimberly Reed's debut film, a documentary about the return to her hometown in Montana, USA - is what a great person she is. She has inserted herself at the front of her film, for obvious reasons, and thankfully she is charming, funny and the sort of person I actually want to spend 90 minutes with. That Reed used to be the co-captain of the football team and a blond-haired idol son before undergoing sexual re-assignment surgery almost ends up besides the point considering the film's focus squares in closely on that of her elder adopted brother, Marc.

The term "only in America" springs to mind when talking about Prodigal Sons since there are so many twists, turns, stories and unimaginable sidetracks. That Orson Wells actually proves to be a life-changing figure in this very real documentary goes but a mere small distance in describing how truly wild the story of Reed's hometown return becomes. While audiences, and Reed herself, may expect nothing more than a firsthand account of the troubles associated with the integration of a transgendered person into life in Small Town, USA, it quickly becomes much more. A study into mental illness, an insane family tree, a haunting and horrific family tale and a empowering tale of strength and courage amongst them. 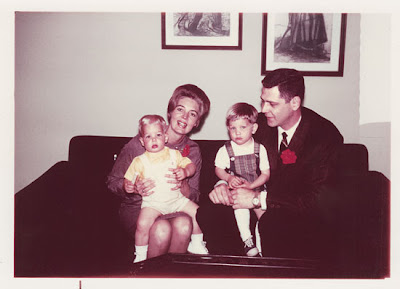 Early passages of Prodigal Sons follow the more traditional aspects of Kimberly Reed's tale. Her return to the Montana town she grew up in and her attendance to the high school reunion that has plagued her thoughts for weeks. She has returned along with her girlfriend, which makes it a twofer of possible problems for the girl who, in her prior life, was the boy all the mothers wanted their daughters to bring home (and the boy all the daughters wanted to be with in behind the bleachers). These scenes actually prove quite touching as the attendees of the reunion end up being an enlightened lot for the most part, which is comforting.

It is, however, after these scenes that the true story of Prodigal Sons begins to reveal itself and her brother Marc is at the forefront, right there with Rita Hayworth and Orson Welles. I wouldn't have believed any of it if I wasn't keenly aware that this was indeed a documentary and not a mockumentary and one big "gotcha" punk. I won't dare spoil the twists and turns of the lives of Reed and her family, but they are big and it's fortuitous and they happened when the cameras were rolling. One gets the sense that there may have been a ounce of time manipulation on their behalf, but that's a minor fault.

What Prodigal Sons turns into in cannot be predicted anymore than the Hollywoodised developments with Welles and Hayworth. There is true heartache in this documentary and the films final act is so heavily drenched in sadness that the pain threatens to tear through the screen. Several scenes in particular, and you will know then when you see the film for yourself - and i hope that you do see it whenever you possibly can - are like real life horror movie scenes, tinged with violence and sadness. 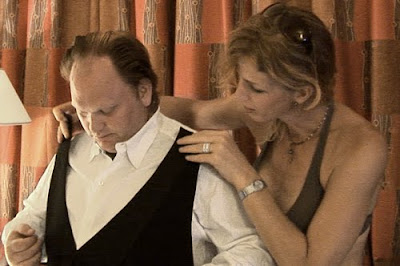 However, the one idea that I got from the film and that it is that Kim's family has been able to overlook her controversial decisions because they can still see the soul they have known. Her family has realised that there are far worse things in this world than being gay, lesbian or transgendered. It's such a shame that everyone else can't realise that as well. There are people out there like Marc and I find it frightening the number of parents who would openly admit to preferring a child like him than a child like Kim.

This film should be shown to every parent of a gay child. I am sure that would quickly turn around and appreciate their child for all that they are worth when they realise the plethora of other far more life-threatening issues that their child could deal with. This is a documentary in it's most classical sense and it's one that truly deserves to be told. A-
Posted by Glenn Dunks at 6:52 AM

i believe it's sex reassignment surgery, not rearrangement (the mind boggles...)

it was a fascinating story; so many unexpected turns. i loved how kim took responsibility for her own hang-ups (the photos incident) and i was most surprised at how much sympathy i felt for marc by the end

Er, yeah... right you are! I'm trying to knock these suckers out now since I got sick during the thick of it and wasn't able to do them earlier. Errors will abound, most likely.