It is frustrating sometimes being a movie lover and not living in New York City (oh to dream). I am routinely unable to do a top ten list until June! Luckily for your guys I don't have to have seen all the movies to be able to judge their key art. As anybody who has read Stale Popcorn for longer than a week will know, I love posters. I talk about them a lot. This past year I even did a top 100 countdown and so here on the even of 2009 I present my favourite (and least favourite) pieces of poster art for the year 2008. I'm sure I've missed something that I will regret leaving out (such as the Zoo poster from last year's countdown), but thems the breaks! 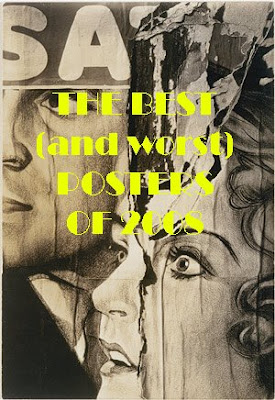 Retro animation at it's finest.

Okay, so it spoils the film's biggest and best scare - although, so does the best trailer of 2008, side note - but it does everything a poster should: Makes you want to see the movie. If the thought behind this poster's image doesn't get you then you were never going to see it anyway.

I love a poster that is playful like this. See also The Bank Job.

7. The Black Waters of Echo's Pond

For all the huss-and-fuss over the poster campaign for last year's Grindhouse, these two posters for an obscure horror flick are the two most retro designs that I have seen recently. From the tea-stained borders, the creases and the hand-drawn aesthetic. All so wonderful.

You know you're on the right track with a movie set in the early 1990s when your key art instantly brings back memories of recording mix tapes. Such pitch perfect design here.

No poster made me laugh as much as this poster, which puts Anna Faris front and centre where she belongs. 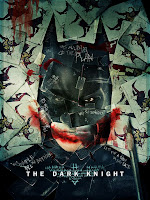 I couldn't decide which of these I liked more. The more classically beautiful city shot or the twisted and crazier Joker design. I cheated and used both. They're both excellent.

I knew I had to rank this poster high because I have no idea what the movie is and yet I feel like I must see it or else I will EXPLODE. A lot of the time posters for these low budget independent movies can be really bad, but sometimes they have the luck of hiring a great designer who can come up with something like this. Another of these nearly made it in for the movie Fix, but it fell just short of the top ten.

2. Dear Zachery: A Letter to a Son About His Father Was there ever any doubt. Truly a masterpiece.

For ripping off everything about Sin City.

Best Poster That Could Have Easily Been Terrible:
27 Dresses

Essentially for not being this or this or (heaven forbid) this.

Dreamiest Use of Colour:
Slumdog Millionaire

Best Poster Series:
(Excluding The Dark Knight and Wall-E to be fair!)
No Right Turn

I know they're all fairly simple, but I like these posters, don't you?

Runner-Up: Flawless - it would've won if it completely gave in to the idea. 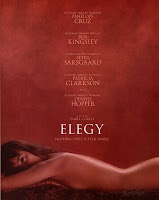 Might as well sell your movie on Penelope Cruz' posterior, no? 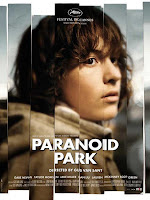 Worst Photoshopping:
Sex and the City: The Movie

Ummm... they went from a poster that told you enough to one that doesn't tell you a thing other than "Josh Hartnett wears clothes in this movie" and who wants that, honestly?

Bridget Fonda circa the early '90s is not in this movie!

Most Unappealing Poster:
How to Lose Friends and Alienate People 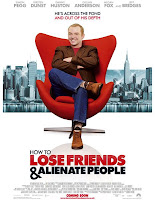 Ugh, why would I want to see this smug-looking piece of garbage?

The "This Deserves a Better Poster" Award:
WHERE DO WE START?!?
Milk, Revolutionary Road, The Curious Case of Benjamin Button, Rachel Getting Married, Changeling... etc etc. What a terrible terrible year for Oscar movies and their posters. Literally all of the above were dreadful!

The First Annual Showgirls Honourary Award for Brilliance in the Face of Ineptitude in Poster Design:
Whore

~~-~-~~
And that's that, folks. I can't be bothered doing any more because I'll go blind. What did you think? Did I miss anything? Speak up in the comments, please!
Posted by Glenn Dunks at 9:36 PM

I only disagree with you about Benjamin Button because I just saw it today and the poster eventually makes sense when you see the movie. While the poster may not "sell it" very well, I just love a poster that offers more once you know the film.

I also agreen that whoever designs those Gus Van Sant posters should get fired. Oh except the guys who cane up with key art for Gerry and Last Days. Nice.

And yes, that Funny Games poster is perfect. Makes me want to rewrite today's blog post. What was I thinking??

What do you think of Jeremy Saunders' poster for Mister Lonely?

Though I rarely leave comments on your posts about poster art, I appreciate them and find them very educational. In fact, until I started reading these posts, I'd never given poster art much thought. This is mostly because they play little or no part in my going to see a film.

I agree that the Funny Games poster is great. I love Jeremy Saunders work, but am ambivalent about the Mister Lonely work. I loved the film and would have preferred the original colouration of the main character, which I thought was even more visually stunning.

I didn't have much of any thought about the Mister Lonely work. Neither great nor bad.

Matt, I "get" the Benjamin Button poster it's just so... aagh. So many possibilities!

Sorry Glenn, someone had to say it ;) (Just kidding, if it wasn't apparent). I totally agree with Funny Games having the best poster of the year- that tear is simply gorgeous. And that look on Anna Faris' face on The House Bunny poster cracks me up everytime as well. I would only add to your list Australia and Prom Night (terrible movie, I know, but that image is just so cool)

That Australia poster was around #14 after titles like Fix, Elegy and Paranoid Park.

Worst posters? There were so many really, really bad, but Benjamin Button posters are, I think, the worst, because yoy have great story, and absolutely flat, boring and so uninspiring posters.

..."Josh Hartnett wears clothes in this movie" and who wants that, honestly?

But I have to ask... just what exactly about the Funny Games poster is so brilliant. Yes, Naomi Watts is beautiful, and crying, but beyond that? It's a perfectly fine poster, but I just don't get this sort of assumed, obvious brilliance of which you speak.

And may I say, I've concluded that I kind of hate the Slumdog Millionaire poster. I suppose the colors are pretty, but I also think they border on tacky, as does the use of the "Millionaire" ABCD choice screen. Actually, no, that's TOTALLY tacky. Just like the use of it in the trailer and the movie itself. Why must the movie be sold like it's TV or a videogame? Just seems so cheap to me.

Plus, spatially, the composition's just totally unbalanced. There's something placed prominently in the center of the frame, which is bad enough, but then there's something else on one side weighing that side down, with nothing to balance it out on the other side. This is a basic graphic design principle here that was ignored. That irks me.

My feelings about the film may be coloring this assessment, but I don't think so. I disliked the poster even before I saw the film.

Phew. Good to get that off my chest... sorry.