David Caeser's latest film is Prime Mover - his first since Dirty Deeds in 2001 - and it is a movie that could have really been something special, but instead turns into yet another crash coarse through many things that are wrong with Australian cinema. What makes this example even worse is that it starts out so strong, but I can't help but feel that Caeser just didn't have the balls to go through with what he started, which was a crowd-pleasing, fantasy-laden and touching movie.

Set in the rural New South Wales town of Dubbo, Prime Mover again casts Suburban Mayhem's terrors Michael Dorman and Emily Barclay as young lovers. He dreams of being a trucker and idolises the likes of William McInnes and Ben Mendelsohn, fellow truckers who stop by the repair station he works at. After the death of his father, Caeser regular Andrew S Gilbert, he sets out to achieve his dreams by purchasing a big rig and marrying his pregnant gypsy girlfriend Barlcay. It is here that the hyper-fantastical visual flourishes, sweet exchanges and wild inventiveness gives way to miserabalism, drug abuse and dark violence. 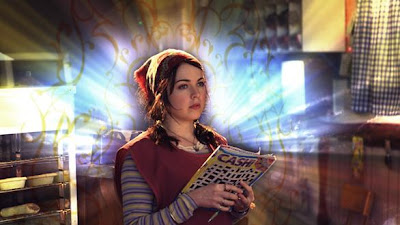 As the credits began to role - thankfully - I thought to myself that I must have been so foolish to have thought that after the opening passages that Caeser could have, seriously, been on the verge of making a quasi-Strictly Ballroom for a new generation filled with optimism and an open heart. Whether Caeser felt it beneath himself to make a movie that was filled with hope and sweetness instead of darkness and woe, I'm not sure, but Prime Mover is a big example of why audiences don't go to Australian films. Single mothers living with their abusive mothers, prescription drug users being hauled by their collar and bashed by mobsters or self-destructing losers might be an honest representation of parts of Australian society, but, by and large, people don't want to see them on the big screen.

I'm all for seeing tough depictions of Australian life at the cinema if the movie had actually been good, but it just isn't very well made. Barclay is great as per usual, but other than that performances are weak, especially Mendelsohn who quickly becomes a ridiculous villain. Cinematography is flashy, but quickly becomes repetitive, meanwhile the flashes of visual effects are wonderful, they all but disappear when the film's darker side takes over. That the movie suffers from tonal issues goes without saying. 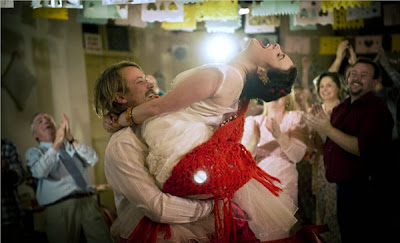 Prime Mover is just such a disappointment because, at least initially, it felt like it was trying to be something that Australian so rarely is. How discouraged I felt to be slumped in my cinema seat mere minutes later and knowing exactly where it was headed. He may be maligned by some, but Australian cinema needs more creative people with the guts of Baz Luhrmann, but what we have here is a film that is afraid to go to the next level and instead steps backwards into cliche. D+
Posted by Glenn Dunks at 11:14 PM