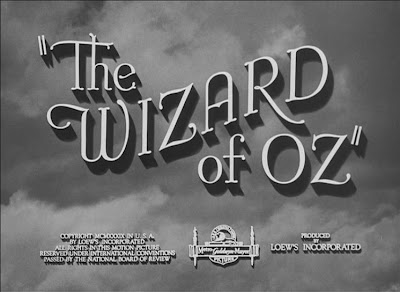 I'm still buzzing from seeing Wicked last weekend. I know the opening passage of the 1939 classic, The Wizard of Oz, is in black and white, but I wondered if the film would be half as magical if the entire film were filmed in the colour palate. Consider it a mad experiment by the Wizard, of sorts. 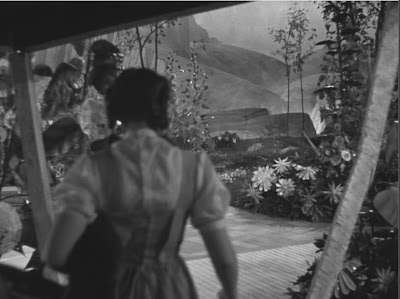 It's in the second half of the eighteenth minute that the transition to colour finally occurs (I coulda swore it wasn't that long!) and, as you can surely imagine, it doesn't quite have the same impact in black and white. 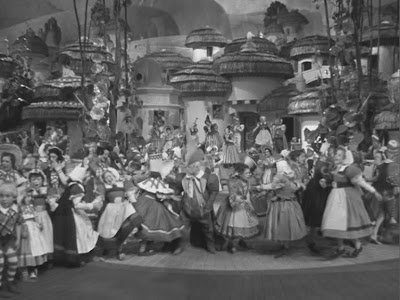 Munchkinland just doesn't look as fun, does it? Technicolor, bless! 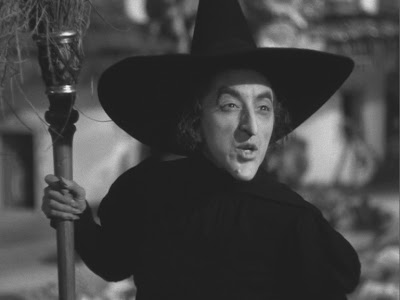 Watching this scene reminds me of that old black and white filmmaking technique where the costumes would be in crazy colours that merely worked well in black and white, which is why "colorization" is so bizarre. If black and white movies were changed to colour they'd be horrific and crazy-coloured. Case in point - the Wicked Witch of the West. She's a bright green, yet you wouldn't know it by looking at this black and white version. She just looks like she has a strong tan. 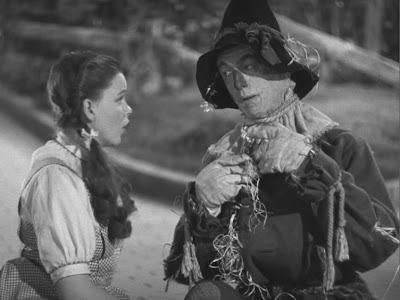 David Lynch. He loves The Wizard of Oz. Just watch Wild at Heart for proof (witches! face makeup! bubbles! etc!) However, one thing I only just thought about was how similar the Scarecrow in Oz looks like that undescribable horrible clown-face being from INLAND EMPIRE. The Scarecrow's face is scary if you think about it. He has a bag for a head, yet he has facial muscles, lips and eyes that move. Imagine if the baghead character from The Strangers suddenly started talking! 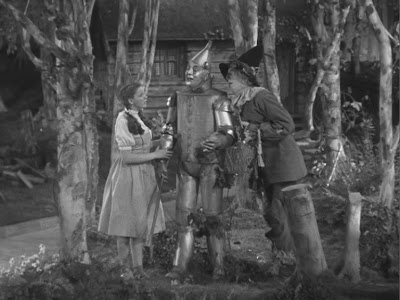 Without all those crazy technicolours, it all looks a bit like camouflage. 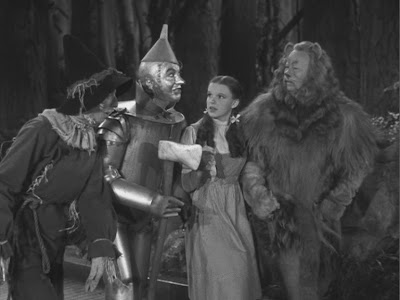 On one hand, I wish the lion didn't look so silly with his obvious costume-wearing, but then I also think that's part of the charm. It is almost like watching an incredibly high budget school production, at times. 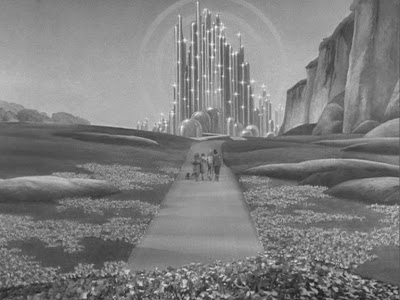 This is one moment that still looks gorgeous compared to the original. 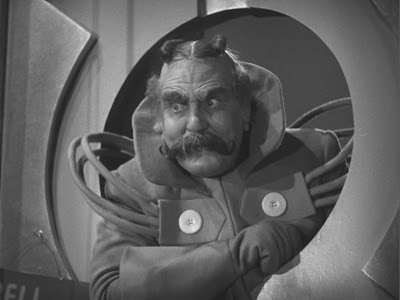 It just struck me now, but I think Santa Claus Conquers the Martians look a bit of influence from this movie. 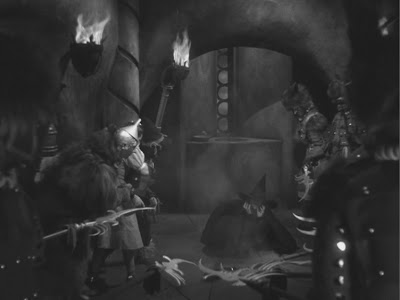 This looks like something out of an underground fringe performance art show involving dungeons, kimonos and S&M, which is a frightening prospect, I think we can all agree. Perhaps the cast can smoke the Wicked Witch's ashes as opposed to Kurt Cobain's. 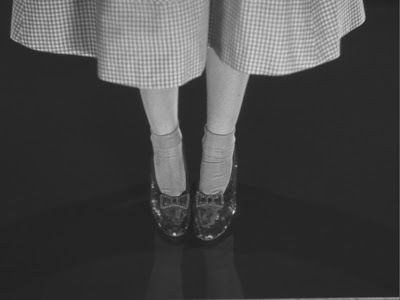 I feel like she should be about to go into the dance routine from The Red Shoes! Wouldn't that be surreal?!
Posted by Glenn Dunks at 7:02 AM

These just keep getting better and better.