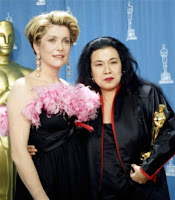 I noticed several new posters for Tarsem Singh's upcoming Mirror Mirror pop up on IMP today and it reminded me like a bolt out of the blue that I never got around to discussing the sad passing of Eiko Ishioka. The exceptionally talented costume designer and art director died in late January at the age of 73 (although some reports have listed her as 74) from cancer. While it always feels somewhat ridiculous to discuss how sad somebody's passing is in relation to their work when there are family and friends who are grieving on a more personal level, but Ishioka was such a brilliant artist that it's hard not to feel a pang of disappointment that we have only one more project of hers to let our eyes drown in.

I had been trying to think of an appropriate way to discuss Ishioka's passing, but others were able to put it far more eloquently than I. Needless to say, however, I found her work immensely vivid and intricate. She was able to create the sort of eye-catching visuals that were so perfectly in tune with the project at hand. I have not seen Paul Schrader's Mishima, but her Oscar-winning work on Bram Stoker's Dracula is the very definition of a masterpiece. Her designs elevate an already finely made film and help Francis Ford Coppola's film feel distinct and unique, set apart from all the other vampire (and specifically Dracula) films that came before and after. If there were to be Academy Awards for the entire history of cinema then her stunning costumes would surely be right up there for the win. My particular favourite is the white lace outfit that Sadie Frost gets decked out in when making her grand appearance from beyond the grave, but there is so much more going on in that movie that it's hard to pick and choose. 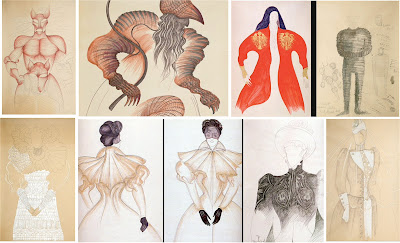 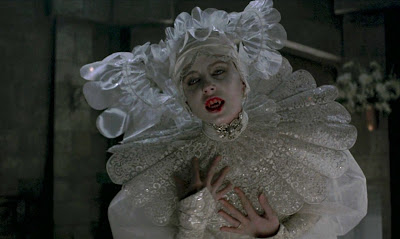 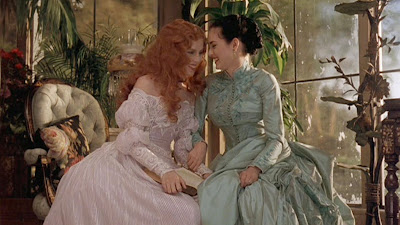 Of course, despite winning the Oscar for that Coppola production, it will be her four-film strong collaboration with Tarsem Singh that will probably be her greatest legacy. Since Singh's first feature, the 2000 serial killer film The Cell, they have worked together on three more pictures. The Fall and Immortals in the middle, and the posthumous release of Mirror Mirror to come in the following months. The Cell really should have been nominated for (and even won) all the visual craft awards that never came it's way. How Ishioka and art director Tom Foden worked together and took famous works of art and reinterpreted them for Singh's surreal, horrific twist on the routine serial killer movie was simply breathtaking. Using inspiration from various aspects of art, including her own work on Dracula (the red rubber suit that star Jennifer Lopez wears upon entering her subject's mind is essentially from the same runway show as the design worn by Gary Oldman in the prologue of Bram Stoker's Dracula), she helped turn a routine thriller into a beautiful, tragic and divinely twisted masterpiece.

The very specific period and fantasy work that she intertwined in The Fall add such wonderfully personal details to the characters that I couldn't help but be in awe, and the golden breastplates and fantasy robes of Immortals were brought to sensuous life by Ishioka's eye. Working in 3D for the first time, I can only imagine what designs she could have done with the medium in the future. Her designs for Mirror Mirror on the other hand appear to have taken a very different page out of an ever very different book. Looking very much like Snow White and the Seven Dwarves come to life, they look like moving cartoons made of fabric and whatever other materials Ishioka deemed fit to incorporate. She had worked with Bjork and on the Broadway Spider-Man musical so she knows her way around avant garde in the face of mainstream.

A documentary about Ishioka released in 2007 was titled The Costumes are the Sets and who can argue with that? A film with Ishioka on the cast list was an instant event movie - one not to be missed on the big screen. I waited for years to see The Fall on the big screen for the first time just last year and I'm so glad I did. Her "swan song" (sorry, had to borrow that phrase from Jason at My New Plaid Pants) will be one not to miss, either. 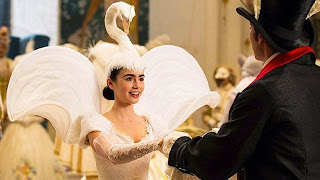