I always brighten up at the announcement of a new movie musical, and when they sound as rich for cinematic treatment as The Sapphires then I just have to write about them. I haven't seen the 2005 stage version of Tony Briggs' musical, but I have heard good things, especially since it is by and large a "jukebox musical" made up on well known songs from eras gone. 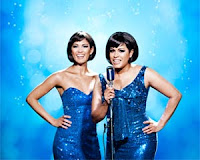 The story of The Sapphires reads like a mix between Dreamgirls, For the Boys and Radiance. Four aboriginal singers are discovered in a bar in the 1960s by a British talent scout and are whisked away for a tour of war-torn Vietnam to sing for the troops, touted as Australia's answer to The Supremes. The dynamics of the group remind me instantly of Dreamgirls' with it's confident lead and sassy, loud mouth support. Christina Anu has recently starred (with Kylie Farmer there to the left) and I was surprised, and yet also not really that surprised, to read, at Australian Stage, that one of the roles is currently being played by Casey Donovan who you should all remember as the winner of Australian Idol's second season. Christine Anu is also in the stage version.

It will be interesting to see how they cast this screen adaptation. The production team at Goalpost Pictures Australia have already set up an open casting call website, but my mind is racing with more familiar names that could take roles. Obviously the list of recognisable aboriginal female actors isn't very long, but there are some noteworthy names. Jessica Mauboy surely impressed some people with her big screen debut earlier this year in Bran Nue Dae, also a musical, which could certainly give her a leg up in the competition and she's certainly a bankable name to younger audiences. The names of Deborah Mailman, Ursula Yovich, both of which are original 2004 cast members, and even Anu are probably going to be raised. Anu has obviously acted on stage, but cinema is a completely different beast (hopefully this adaptation doesn't suffer the same way many Broadway-to-Hollywood adaptations have in feeling so stage-based) and she might be deemed too old for the part.

Then there are others who may or may not be able to sing, which is a whole other part that they will have to get right, especially since the soundtrack includes songs such as Aretha Franklin's "Respect" and "Chain of Fools", Jackie Wilson's "Higher and Higher" and indigenous-language tracks. Tim Chappel did the stage show's costumes so if he comes on board for the feature film that would be great - he won an Oscar for The Adventures of Priscilla - and I hope first time film director Wayne Blair, he has so far only worked in directing TV and as an actor including a role in the 2004 production of The Sapphires, can do the story justice. Not only is the film set against the Vietnam war, but also the local civil rights movement that finally gave Aboriginal men and women the right to vote so he has a lot of handle.

It was just two weeks ago that I queried why this industry doesn't make more music-based films since Australian audiences have proven time and time again that they will spend money on them. Not only have recent Aussie titles like Bran Nue Dae and Mao's Last Dancer been huge hits, but Australian audiences have the tendency to even make titles like The Producers and Centre Stage into local hits. And, of course, big musicals such as Hairspray, Mamma Mia! and Moulin Rouge!, have all been some of the highest-grossing movies of their respective years here.

I've also always been curious why we don't adapt more stage shows for the screen since there seems to be a bevy of them out there. This adaptation of The Sapphires is being co-written by the original stage writer so maybe that's why it doesn't happen more often. Nevertheless, I am already anticipating this one. How about you? 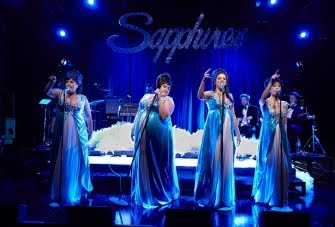