Downhill Racer. I've never seen this Robert Redford-starring movie about skiing. Something about skiing just doesn't excite me enough to watch a movie about it. Who knows what would've become of the film if the originally hired Roman Polanski had directed. Maybe I would care?! Nevertheless, you may remember that I (and anyone else with, ya know, EYES) thought the original 1969 poster is one of the greatest posters ever made. So sublime that thing is. 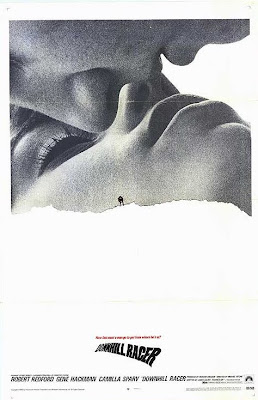 And then today I noticed the Criterion DVD cover. Usually even the fake ones are great, and yet here is one that is not only worse than the original art, but more along the lines of "dead-boring and flat-out bad". What a shame. 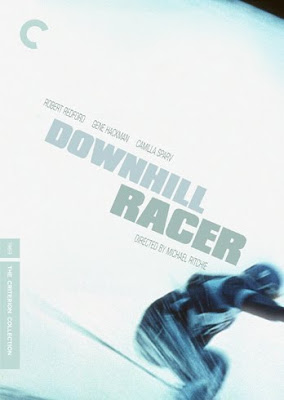 My only guess for why it sucks so much is because they just don't care about it. *shrugs*